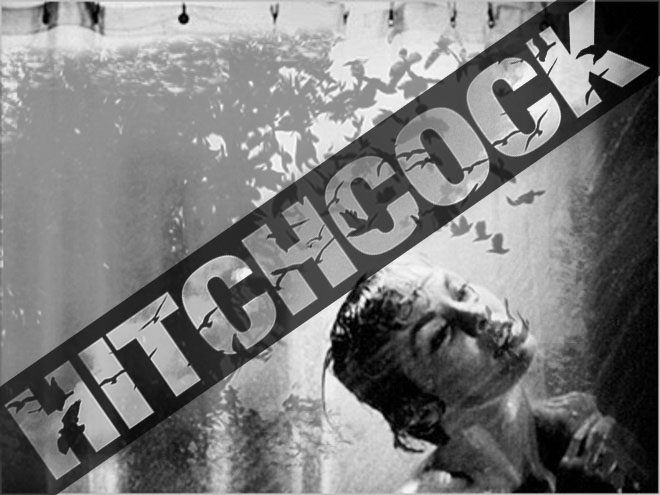 Todau I have great pleasure in presenting Niall of Raging Fluff to continue on with the Alfred Hitchcock Blogathon that Rob and I are hosting!

Summary: While holidaying in the Alps, a British couple stumble into an assassination plot by foreign spies, and their daughter is kidnapped to ensure their silence

Alfred Hitchcock’s The Man Who Knew Too Much is less than the sum of its parts. It has many faults and a few pleasures. Although I’ve seen it several times, I won’t be in a rush to watch it again. I would much rather see The 39 Steps, and this early Hitchcock feels like something of a rehearsal for that fine, breezy slice of adventure, which was made a year later. Both films have many of what would become the director’s signatures: an innocent caught up in international intrigue; macabre wit; clever set-pieces; quaint English types; and a cameo by Hitchcock. But The Man Who Knew Too Much is still an important film in the Hitchcock canon: it is a British film made on the cheap by a young and hungry director. He hadn’t yet been lured by the sunny skies and fat wallets of Hollywood.

The plot is thin and short on logic, but Hitch never worried too much about things like that. He just needed an excuse to get things going. The excuse here is a rather clever killing of a spy. Leslie Banks and Edna Best play a married couple on holiday in the Swiss Alps, where their friend Pierre Fresnay is in the ski-jump, and Best competes in clay shooting (she loses to skilled marksman Frank Vosper, and he will return as a villain). Hitchcock displays his rather cruel sense of humour in killing off Fresnay. At an apres-ski dance, he gets entwined in some knitting wool, and he gets shot at the exact moment that it snaps.

As he’s dying he tells Best to find a secret note he has hidden in the handle of a hairbrush in his room (yes, I know, it’s an odd place to hide a note, but this is the MacGuffin; it’s best not to question it, but simply go along). The note has some cryptic scribbles: a picture of the sun and something about A. Hall and Wapping. To make sure Banks and Best don’t tell the authorities about the note, the villains abduct their daughter, a rather annoying little girl played by a young actress called Nova Pilbeam.

Back in London, it turns out that Fresnay “was one of our chaps at the Foreign Office”, and he had information about a planned assassination of a visiting European dignitary. A. Hall turns out to mean the Albert Hall, the sun is the symbol of an obscure religious sect in the East End which is the villains’ hideout. Who the villains are or what they hope to achieve is never fully explained; they’re creepy and vaguely middle-European, which was generally enough for a movie villain at the time. Middle Europe was the go-to destination for many film villains between the wars.

If that was all there was to it, this would be an even lesser film. Thankfully, however, the head villain is Peter Lorre, and that is almost enough to save the film. With slick hair across his brow and a nasty scar, he’s a menacing, giggling threat. He gives the only memorable performance, more remarkable when you know that at the time he barely spoke English, having just recently fled Nazi Germany (he learned his lines phonetically). He is simultaneously perverse and suave, and he is the only who seems to know he’s in a thriller.

Everyone else behaves as if they’re in a drawing-room comedy. In part this is because the film was originally conceived as a Bulldog Drummond adventure. This is the sort of film where chaps in dinner jackets drink a Gin and French (that surely must date it; how many people today know what a Gin and French is?), say things like “steady on, old girl”, cockneys make endless cups of tea for the police, and coppers say “well, what do you have to say for yourself?” (do the Police still talk that way? I wish they did

Again, watching it and thinking about it, I can’t help but think Hitchcock was working through motifs and situations he would later perfect in The 39 Steps.

There are some wonderful moments, though. Two characters in a church singing secrets to each other in the middle of a hymn; a fight in which one man holds off several by throwing chairs about the place; a gunshot timed to the clash of cymbals of a symphony; a dentist put to sleep by his own gas.

It ends, however, on a fairly violent note. The police lay siege outside the villains’ hideout in the East End. Shots are exchanged. Quite a few people are killed. Best’s sharpshooting skills save the day. Audiences and critics noticed echoes of the Siege of Sidney Street. Even in the middle of the firing, Hitchcock can’t resist a ribald joke: police snipers commandeer a teenage girl’s bedroom and, putting her mattress against the window as protection, one of them can’t help but notice it’s still nice and warm.

Twenty years later, Hitchcock did a Hollywood remake of The Man Who Knew Too Much, much longer, with James Stewart and Doris Day (she sings “Que Sera Sera”). I will defer to critic David Shipman’s assessment of both versions. Of the 1934 film, he wrote “a good basic idea, if sketchily developed, lightly handled.” Of the remake, “a good basic idea, if well-developed, heavily handled.”

Verdict: Two-and-a-half MacGuffins out of Five

24 thoughts on “Alfred Hitchcock Blogathon: The Man Who Knew Too Much (1934) – Raging Fluff”