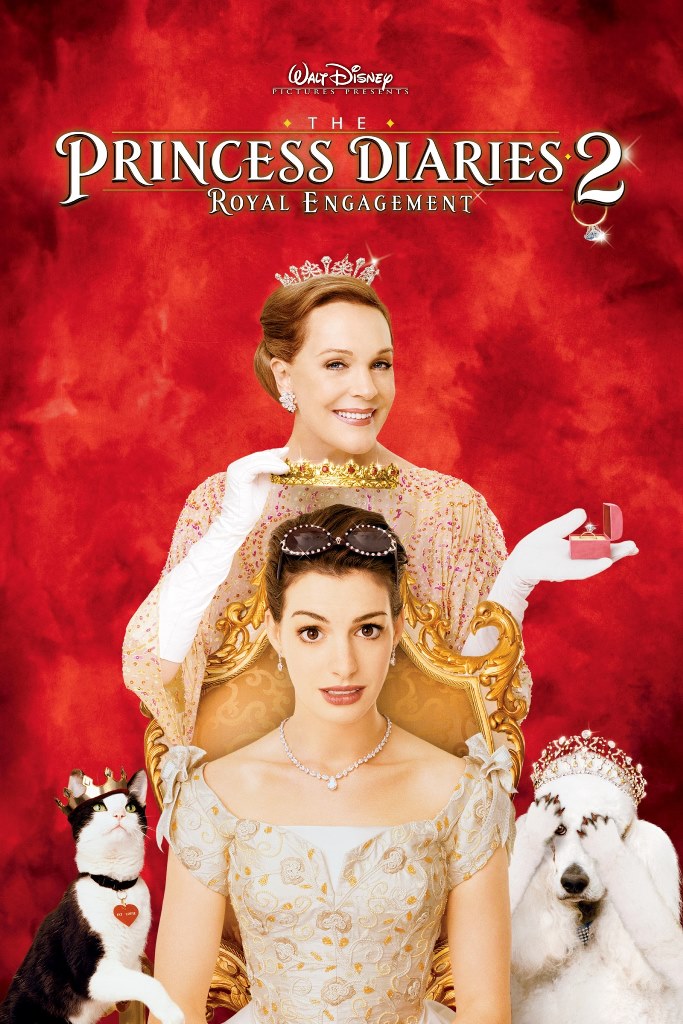 “Love does things for reasons that reason cannot understand.”
– Joe

SYNOPSIS: Now settled in Genovia, Princess Mia faces a new revelation: she is being primed for an arranged marriage to an English suitor. – via IMDB

Oh. My. Goodness. This movie sucked. Really Ugh. I watched this directly after The Princess Diaries, and was still basking in the glow of nostalgia. This certainly snuffed that light right out. Sequels are not usually known to be particularly good or anything like that, but this? Unforgivable on so many levels!

Where to begin? Oh right, the first thing to be said is that there is some horrible CGI featured here. Luckily the movie is not too dependent on that, so we are not tortured too often. Zipping right along, the movie just discards Michael and Mia, a super sweet romance that was set up in the first movie, and it is glibly dismissed here. Come on. Anything more than “he’s touring with his band” would have been better. Then her dropping the line of “I’ve never been in love”? So you weren’t even that annoying teenager in love with him? Because that is not what it seemed like in the last movie. Let me leave these gripes and move on the the rest of the treasure trove.

Royal Engagement is simply embarrassing, really. After all the fun and entertainment we got from the first one, you would hope that this could at least be halfway decent. Even with the same cast, it is not. It is lame, flat, uninspired. The humour was so forced and stupid and the delivery is terrible, which is unforgivable. The romance story here is so generic and predictable. It brought no excitement to the table whatsoever. The entire movie is actually so formulaic. The predecessor might not have been a movie that broke any moulds, but at least it was fun. This was just awkward and silly and I was not pleased one step of the way.

This movie, sadly, also somehow manages to take itself way too seriously, which truly only hurts the experience even more. Royal Engagement is annoying, goes for cheap, cheesy tricks, and they never really land true. The story doesn’t engage you (yes, I did that), and there is nothing that makes you feel that this could be some special, treasured childhood movie. Rewatching this was a stark reminder as to why it got exactly one viewing from me when I was younger. One of the few things that work for this is the cast – Pine, Rhys-Davies, Andrews, Hathaway and Elizondo give it what they’ve got. They were quite good, even with the abysmal material, but could still not save this train wreck of a movie. Pine and Hathaway worked very well together, it’s just a pity that this is what they had to work with. This movie is so bad it can’t even be guilty pleasure bad.

The Princess Diaries 2: Royal Engagement is a colossal waste of your precious time and energy.  It is a prime example of how not to do a sequel. There is virtually nothing to praise in this (they even managed to throw a spanner in the works between Joe and Clarisse – not okay) and I spent near two hours cringing and annoyed. You could totally pretend this one does not exist and just acknowledge the first one. Seriously.