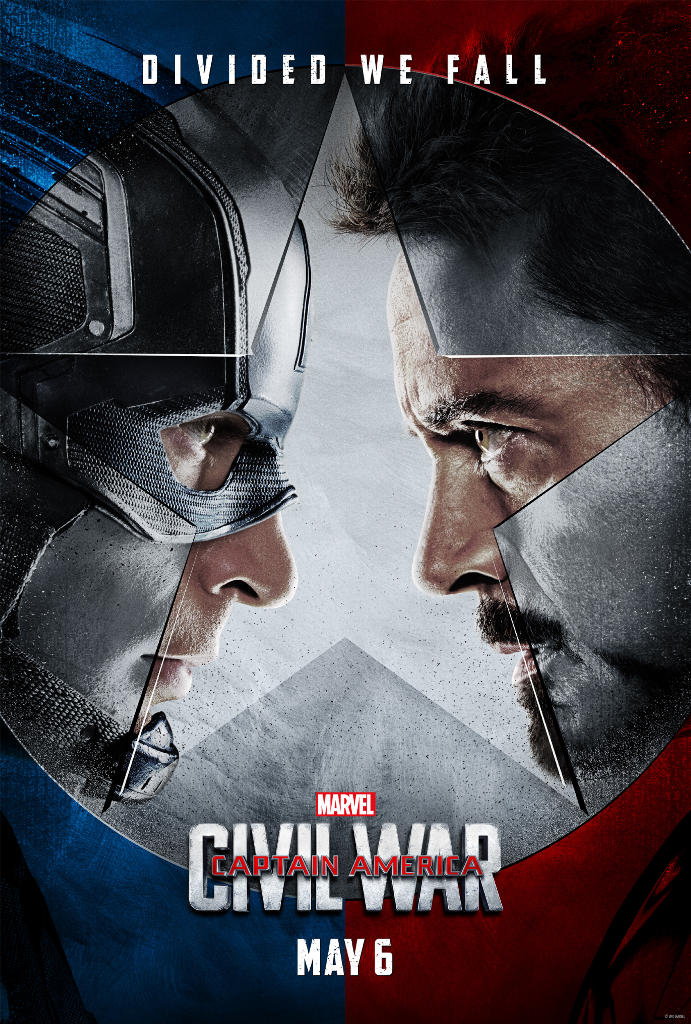 “I know we’re not perfect, but the safest hands are still our own.”
– Steve Rogers

SYNOPSIS: After another incident involving the Avengers results in collateral damage, political pressure mounts to install a system of accountability, headed by a governing body to oversee and direct the team. The new status quo fractures the Avengers, resulting in two camps, one led by Steve Rogers and his desire for the Avengers to remain free to defend humanity without government interference, and the other following Tony Stark’s surprising decision to support government oversight and accountability. – via IMDB

I would also just like to take a moment to appreciate the raw power of this moment.

Well. Well. Where do I even begin? Let’s start with the fact that this movie really shouldn’t have been flown under the Captain America banner – it could really have just been Civil War or even Marvel/Avengers: Civil War. This was essentially an Avengers movie, and you all know how huge a fan I am of that. So it shorts Thor and The Hulk, but they were mentioned a ton of times. I don’t know, I wanted a Captain America movie. He is my favourite Avenger, he is the only one who has individual movies I get excited about and adore, and then we got this one, so heavily reliant on Age of Ultron and all that happened there, and it was all about signing off on a document to regulate the Avengers team. Seriously. So they called it Captain America: Civil War because there was some extra Bucky Barnes/The Winter Soldier?

However, that being said, there was so much scrumptious Sebastian Stan for me. Oh hell yeah there was, hmmmm. I really liked the themes that were explored in the film, like friendship, opposing opinions, loyalty, standing up for what you believe in, conforming, moral responsibility, etc. The performances were all solid, though I really feel that this movie was juggling way too many characters, but still managed to do a relatively decent job with them all. I enjoyed the introduction of the Black Panther, and I freaking love the moves on this guy, so fluid and awesome. Marvel has again let us down on the villain, Baron Zemo. After The Winter Soldier, I was expecting darker, more hardcore villains. Zemo was underutilised here, and didn’t pack as much punch as he could have had he been set up better. I never felt shock and horror at any of the things that he did.

Steve finally kissing Sharon was a little rushed and out of place in the movie, it wasn’t properly set up (in this film), and then it was glossed over. The fighting sequences were great to look at, and the Russo’s really grasp that – that choreography, the movements, all of it is just amazing. The inclusion of Steve’s “I can do this all day” is another scene that thrilled me, it is something I expect from him. There were some interesting plot developments here, some of particular interest being carried by the Winter Soldier, which is great. Anyway, with too many characters to really talk too much about, Captain America: Civil War is an entertaining Avengers flick with more heart to it than the average Avengers film, solid performances, darker, a good movie, some solid humour and well worth watching.

So. Much. Delicious. Bucky. 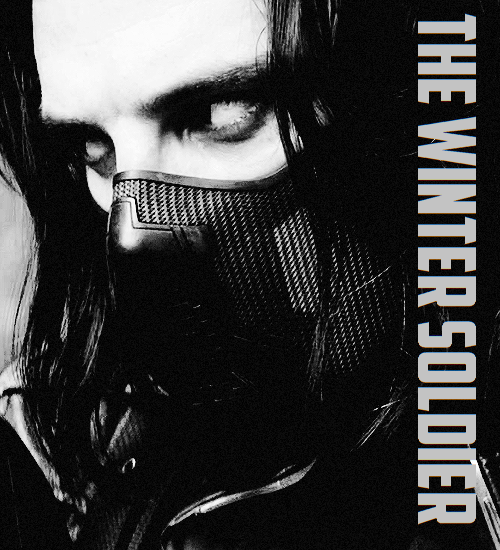 It’s that time again folks! Another epic character tribute here of someone who (as you all know) I am just a teensy bit obsessed with (well, not just the character, but the actor too). I thought that the Winter Soldier came together really well, and that Sebastian Stan was absolutely perfect to realise Bucky Barnes/The Winter Soldier. He was excellent as the cold, cruel assassin, and then his past came seeping back in, and he went from cruel to confused to livid, and it was a great transformation to watch. Anyway, here are some of the reasons that I thought the Winter Soldier was just epic!

We can start with the outfit. How ridiculously cool was it?!

The general badassery of taking out a car and stepping aside at precisely the right moment… you knew hardcore things were coming!

There are few things that gave me thrills and chills like this scene where the Winter Soldier just whips around and snatches that shield like “bitch, please”. That’s when you knew, hands down, that this was going to be a bigger, better villain.

Every single fight was just breathtaking.

The entire highway scene had me at the edge of my seat. The Winter Soldier is ruthless, he is strong, and he is extremely mission orientated. His magnificent highway stop was just… wow.

Every time he hauls out a gun… it’s like “stick ’em up, I haven’t got all day”. What a machine.

How extremely endearing that assassin could become.

The cracks that appeared in the Soldier’s demeanor changed him completely. He was breaking, he was uncertain, and he responded furiously to that.

And, last but not least, he was gorgeous with or without that mask! 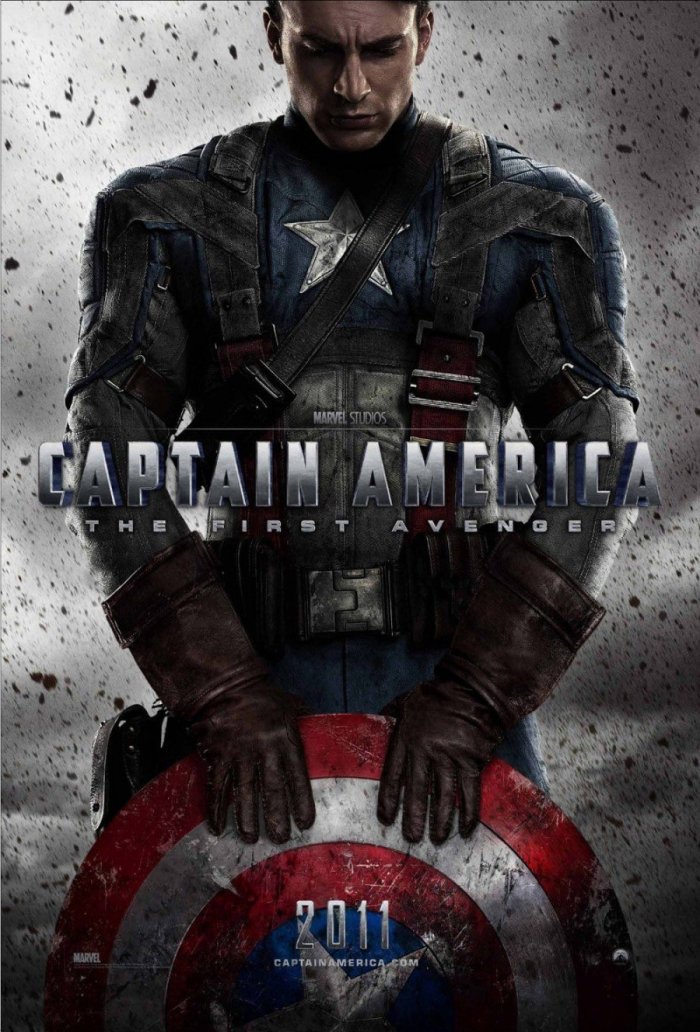 “Whatever happens tomorrow you must promise me one thing. That you will stay who you are. Not a perfect soldier, but a good man.”
– Abraham Erskine

SYNOPSIS: Steve Rogers, a rejected military soldier transforms into Captain America after taking a dose of a “Super-Soldier serum”. But being Captain America comes at a price as he attempts to take down a war monger and a terrorist organization. – via IMDB

I cannot tell you how much I enjoyed this film. When it came everyone was like uhming and ahing and I was like what the hell, let’s see, and then I had a total blast. They completely reinvented Captain America. He was not boring, he was cool and he was someone to root for. Luke made a fantastic observation when he reviewed this saying it was a good set period piece, and I cannot disagree, it was good!

The costume design was fantastic and so was Chris Evans, especially when he donned the pretty strange outfit… it ultimately just came together and worked well. As much as when this first came around I could only think the Human Torch, Evans was perfectly cast. I loved the music and the cinematography… this film was just fun. It looked great, the colouring of it, and I enjoyed the pace of it and the story line. The cast worked well together. Yes, there were some questionable CGI effects at times, but nothing that is a deal breaker. This movie came together well in so many ways. It impressed me. Of the pre-Avengers movies, I must say that Marvel nailed this one as well as the initial two Iron Man movies (no, I am still not a fan of the third).

Captain America: The First Avenger was one of the best introductory films I have ever seen for a superhero and definitely my favourite, and I loved how they focused on the war, being a hero and not someone’s pet and all that. I would highly recommend that you check this out if you have not done so already, it just worked on so many levels.