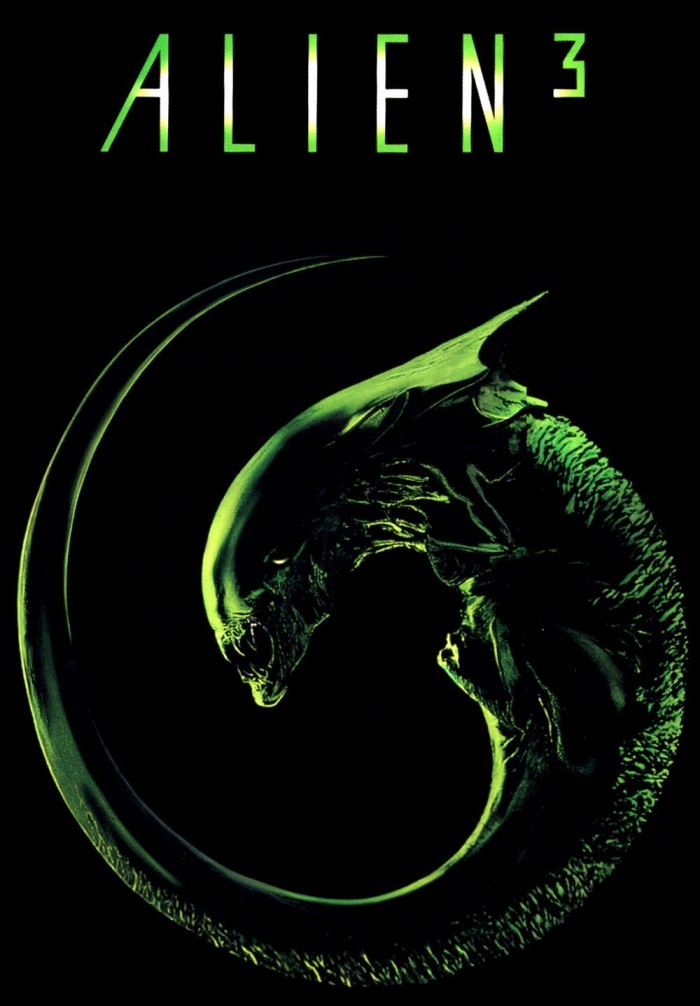 “You’ve been in my life so long, I can’t remember anything else.”
– Ellen Ripley

SYNOPSIS: Ripley continues to be stalked by a savage alien, after her escape pod crashes on a prison planet. – via IMDB

The one iconic moment from the movie:

Instead, this is what we dealt with the entire time

What the hell happened here?! And to have Fincher’s name attached to it? Oh the shocking horror, the shame! Alien3 is terrible. Let’s not beat around the bush. But then, even Fincher hates it, and all the production woes and strong-arming is evident every second of the way through this. Even the presence of Weaver, Dance and company could not save it. Oh no, this was deeply flawed from the off.

I think the biggest offender here is the CGI/effects. It is unacceptable and cringe-worthy. It is some of the worst I have ever laid eyes on. In fact, it was equal in ways for me as the CG used in The Wrath of Paul Bunyan (remember that, Shitfest Social watchers?!). Wow. It is unforgivable. Alright, I understand that the xenomorph itself is a puppet, but the editing to get the limbs and shadows and all that right just makes it look so ridiculous. So not only are we watching some limp story, but the xenomorph isn’t even scary. From time to time we get to see a quick glimpse of it as a costume and not some silly computer generated kitty cat/dog/what the fuck ever that was, and it is way better then.

Let’s not even talk about the fact that within the first few minutes, this movie completely kills off what happened in Aliens – not the events, but the escape. I get that it is to move the story along and all that, but come on guys! Kick in the teeth right there. Then there was the thing with Ripley and Dance’s Clemens. I could deal with a romance aspect being tossed in (I was quite keen on Hicks and Ripley), but I was not keen on how it was rushed from meeting, to immediately asking about a mutual interest, to taking that mutual interest to bed. It happened so fast, and it felt forced. Not because they didn’t work well together, because they did, it was just how it was handled – clunky and clumsy all the way.

The cast did the best that they could with the material that they were given, and I did enjoy the performances for this film as they are worth noting. I hated the aspect of Ripley being a temptation to the men there in the prison, like it would be her fault if she got raped or hurt because, hey, these religious dudes are all good and well until a woman forces them to lose their shit. I was so not a fan of that insinuation at all.

Back to the xenomorph, my other half and I are of the firm opinion that it looks like the xenomorph is humping its prey when it gets to them… every single time. I don’t even want to go there. I appreciate that the xenomorph of this film was trying to be something else, but it wasn’t scary like the others, and I think a large part of that was due to the fact that the alien just wasn’t really that bright. Oh well.

Overall, Alien3 is just a bust all round: bad effects, some truly stilted dialogue and a flimsy story with a xenomorph that is lacking, despite the solid performances all round, this movie could not be saved. 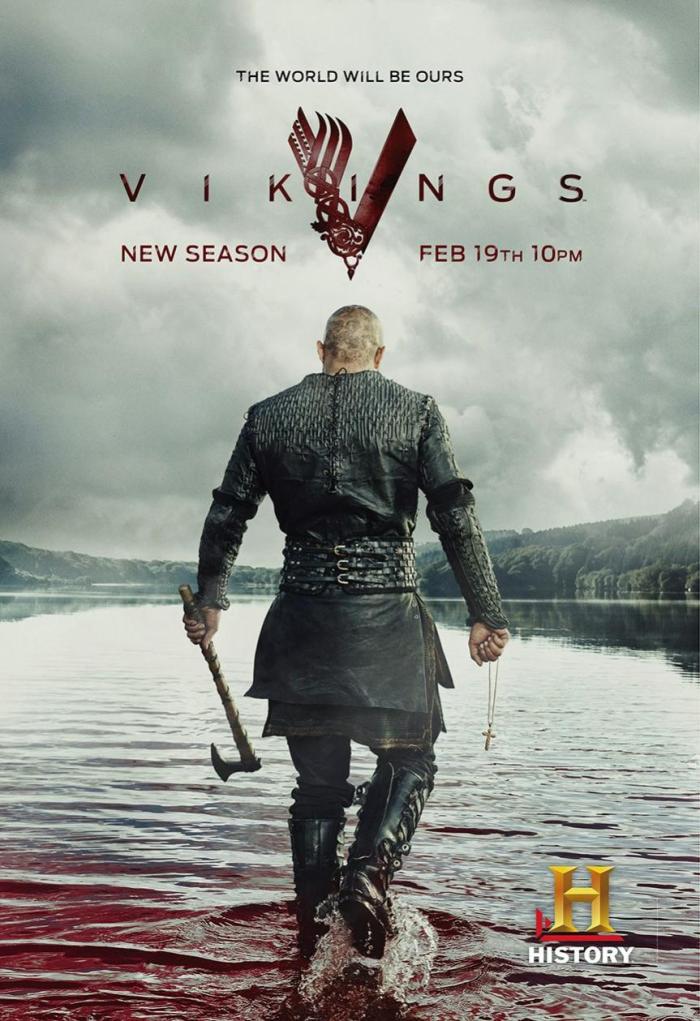 Both of these scenes just gave me goosebumps…

I have been eagerly awaiting the new season of Vikings. The show is that good. When it was time to watch, my fiancé and I made the laughable decision of “watching one episode over brunch” which, naturally, turned into the whole season. Bang. Just like that. Over. It was worth every second of the time spent watching it. There was just so much going on in this season I didn’t even know where to start. I obviously expected Kalf to screw Lagertha over, that was going to happen, and King Ecbert cannot be trusted even when your eyes are on him, so there were no surprises there, though both takeovers were handled extremely well. I was not a fan of how it started with Ragnar and Floki at odds again, I genuinely thought that they had sorted things out, but here we were with them once again. It didn’t progress as smoothly as it could have. I was devastated to see Floki finally take that step against Ragnar and kill Athelstan, it was truly something that crushed me. He was a favourite character of mine. Ouch. Religion was again important here, and it brought about some crazy things all over the show, I was a huge fan of how that was done. The brutality was not held back here again, and I think that the History channel is onto something with this show. The cast does wonders with the material that they are given, and there are so many moments where your heart jumps into your throat before you can even process what has happened. The vikings moving on to invade France was something I have been waiting for for ages now, there is so much that could be going on there and I was dead right in that assessment. It was brutal, violent, extreme, entertaining and nerve-wracking, so the goods were delivered in typical Vikings style. Floki has definitely finally lost his marbles, and his descent into madness is a gripping watch. Well worth the watch! 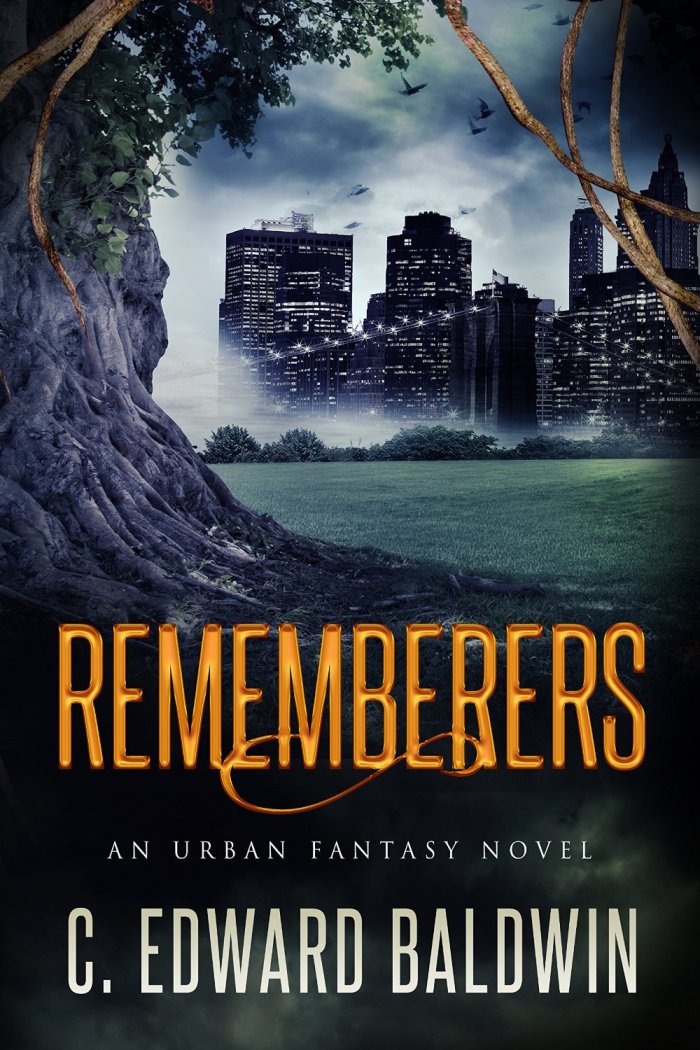 I received this book in exchange for an honest review.

SYNOPSIS: For 19-year-old Kallie Hunt, everyday moments began feeling all too familiar. She had a sense that she’d lived them before. But that was crazy, right? Deja vu. That was kid’s stuff, right? Been there, done that, impossible. You got one shot at this life thing. One shot. You lived. You died. End of story.

But if that was true, then why would the government be interested in her? Why would priests literally be stalking her? How could a small town girl possibly have anything to do with saving humanity from terrorists and demons? And pray-tell, what does any of it have to do with her first love?

For Kallie Hunt, there would be no simple answers. Besides, nothing in life is ever really simple. Not good. Not evil. Not even love… – via Goodreads

This book had a description that sounded mildly interesting (note, I didn’t get the synopsis on Goodreads) and I thought that it had possible potential. It started off and wasn’t particularly engrossing, but I trudged along anyway. Soon there was a possibility that things would look up… we had the church, hidden secrets, some weird agencies with their “soldiers”, dead terrorists and all that, I could even start dealing with the stunted dialogue. But then, just as quickly, that was lost. I honestly wanted to enjoy this more than I did. When Kallie was introduced, there was nothing I found even remotely likeable or identifiable about her, and that is most likely what kept me even more distanced from this book. Exploring this whole déjà vu thing was something I was looking forward to. Admittedly, the memory biology and the majority of the psychology discussed and presented in this book was well researched, accurate, and explained in a fantastically simple manner, so as not to lose any readers, and I appreciated that. As a psychology student, I hate it when some books drag in some slap dash psychology and then they are either wrong or so complicated that it doesn’t make sense to the average reader eventually anyway. So things were on an even level, nothing too amazing, nothing too bland, just average, and I was alright with that. But before I could blink my eyes and adjust to the next thing, Kallie was actually the goddess Kali or otherwise the First Woman, her boyfriend was silly and not fleshed out, FBI agent Bennett was basically stalking Kallie for answers to terrorist plots, the whole religious secret society petered out, there was no real explanation as to Rememberers and demon possession all over the show. Johnny Swag never had me convinced about his religious ties and was creepy from the off, Seth was such an annoyance, and I found Josh to be the most entertaining character of the lot. I think the end also just did it in for me, and I couldn’t stop myself from rolling my eyes. It was just a tad too over the top. Rememberers was ultimately incredibly flawed and I was a little let down when all was said and done. The book came across as very preachy, the writing didn’t always flow (sometimes it did and other times not at all) and the dialogue was not something that interested me, it didn’t come across as natural. The book was also much longer than it needed to be. Also, every time that things start to get interesting, you are ultimately disappointed because Baldwin teases with all these brutal things going down but never delivers. I suppose this book will be much more enjoyed by younger teens and people who haven’t read much, but it wasn’t my cup of tea, sadly.